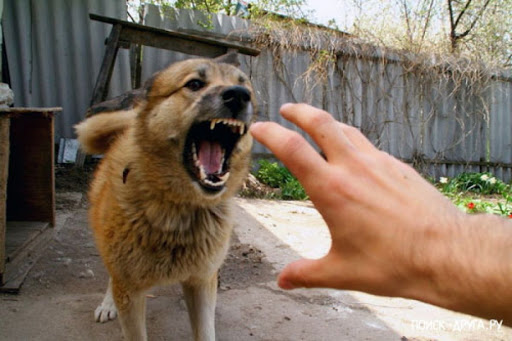 Rabies is a deadly disease, registered in 113 countries of the world, and from which – according to WHO estimates, about 55,000 people and 1 million animals die annually. According to the Ukrainian Center for Disease Control and Monitoring of the Ministry of Health of Ukraine, in the period from 2012 to 2015, 8 people died from rabies in Ukraine (including a teenager and a child under three years old). Most of the deaths (5 cases) are due to the fact that the victims did not seek medical help. Every year in Ukraine, about 120-140 thousand cases are registered when people seek medical help for animal bites, of which 60% of victims receive a referral for treatment on suspicion of rabies infection. The disease is widespread throughout Ukraine and is spread by animal bites.

Rabies is an acute infectious disease of warm-blooded animals and humans, characterized by severe damage to the central nervous system. The causative agent of the disease is an RNA-containing virus of the genus Lyssavirus, of the family Rhabdoviridae. Carnivorous mammals are a natural reservoir of rabies in Ukraine. The main route of infection is when a rabid patient is bitten or shedded by an animal (the virus is excreted in saliva). The incubation period for rabies can range from a few days (in cats) to 3-4 months in dogs, and several years in humans. It depends on a combination of factors: the strain of the pathogen, the dose of the virus, the type of mammal, the route of entry into the body, the location of the bite, and the like. Mortality (excluding carnivores) is 100%.

After a bite, the virus enters the nerve fibers, along which it moves to the brain, upon reaching which it causes inflammation of the central nervous system, which leads to a clinical manifestation and moves in the opposite direction along the centrifugal nerves, penetrating primarily into the lacrimal fluid and saliva. There is no cure for rabies, the disease is always fatal, both for humans and animals.

After being bitten by an animal, immediately and thoroughly wash the wound with 20% soapy water (laundry soap) and seek medical attention.

After the bite, the incubation period begins (from 12 days to 1 year), but usually it is 4-6 weeks. It will be shorter when there is a high concentration of the virus from bites in the neck or head.

Clinical signs are violent (encephalitis) or quiet (paralytic). However, there are differences. However, both forms progress to the development of paralysis, commas, circulatory failure, and death.

Early signs of illness include behavioral changes (restless sleep, seeking protection in a person – trying to climb onto his hands, licking his face, minor fever, agitation and nervousness, increased sensitivity – a reaction to sound, light, wind, voice change, sexual arousal, aggression – first to their own kind, then to everything that moves, eating inedible objects.

In a quiet form, animals are lethargic, and can still bite. At the same time, a change and loss of voice, swallowing disorders (which leads to drooling, foam around the mouth) are noted. If you suspect rabies, you should isolate the animal and immediately contact the nearest veterinary office.

Vaccination is an effective way of preventing rabies and is mandatory for all dogs and cats.

Remember that it is the responsibility of every owner to vaccinate animals against rabies !!!